How to face a brand reputation issue.

The main challenge was to find how to succeed in repositioning Hamburg-Mannheimer, with its image of pyramid seller, in a consumer-oriented pension specialist ERGO.

We opted for a two-stage launch campaign.

Don't say the brand is new. But take a place on the market as if the brand has always been there and focus the discourse on a single commitment the target audience expects - taking the time to understand the context and problem of customers to offer them the best solution: ERGO. Get to know you better so that you are better insured.

The launch campaign started with a wave of 36 M2 pest and bus shelters, the message of which was covered with red balloons. On the day of the inauguration of the new logo at the headquarters, the balloons flew to reveal the new identity.

Broadcast of a TV campaign that reflects the expectations of the 3 main target groups: young workers, the self-employed and the liberal professions. The aim is to establish the legitimacy of the brand in the pension savings market.

Spontaneous awareness rose from 0 to 15% in the first months of the campaign, reaching 25% after 2 years of communication.

The perception of the brand resulting from the campaign reflects a solid and serious company, expert in pension insurance and which respects its customers. Objectives achieved in the first months of the campaign. 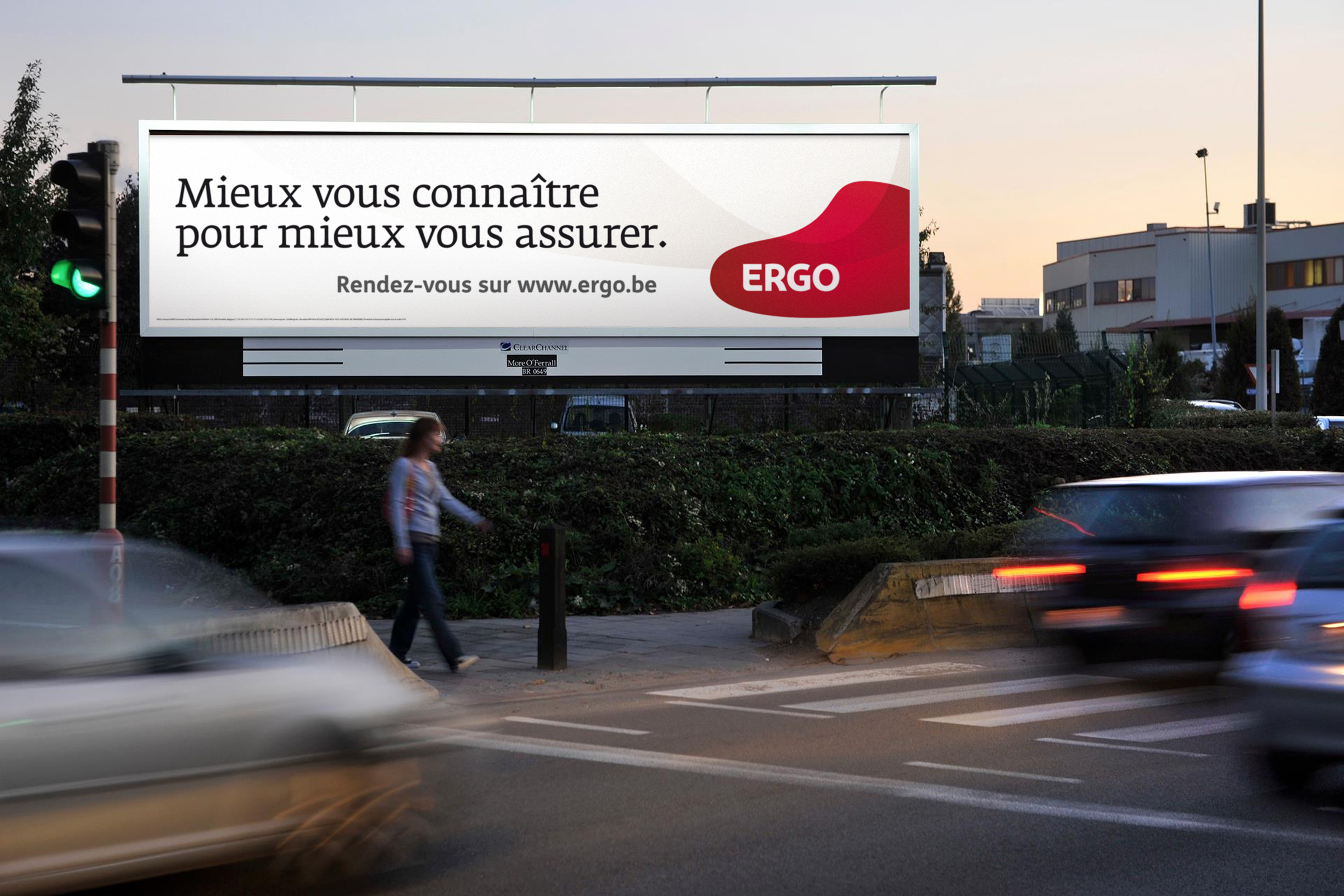 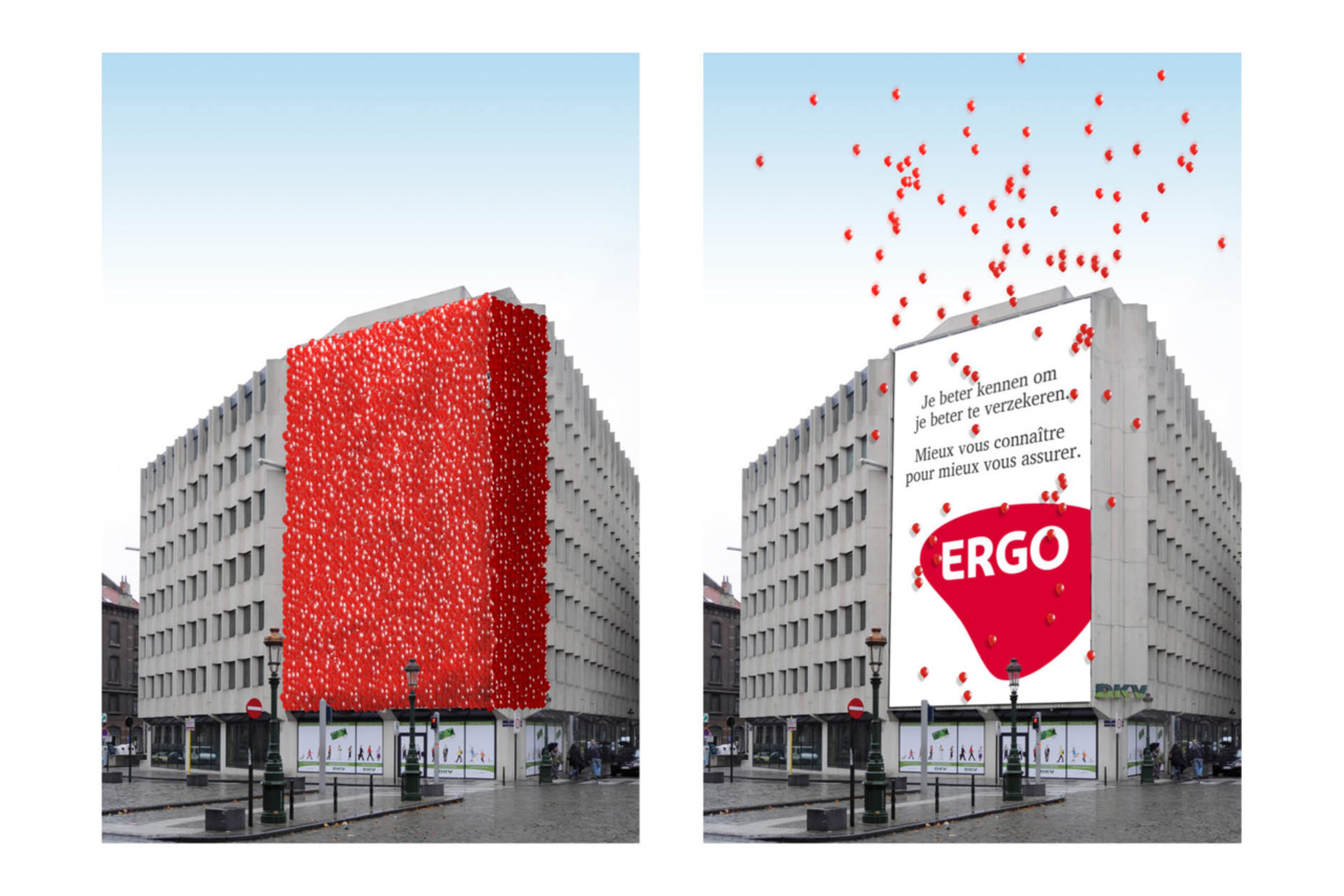 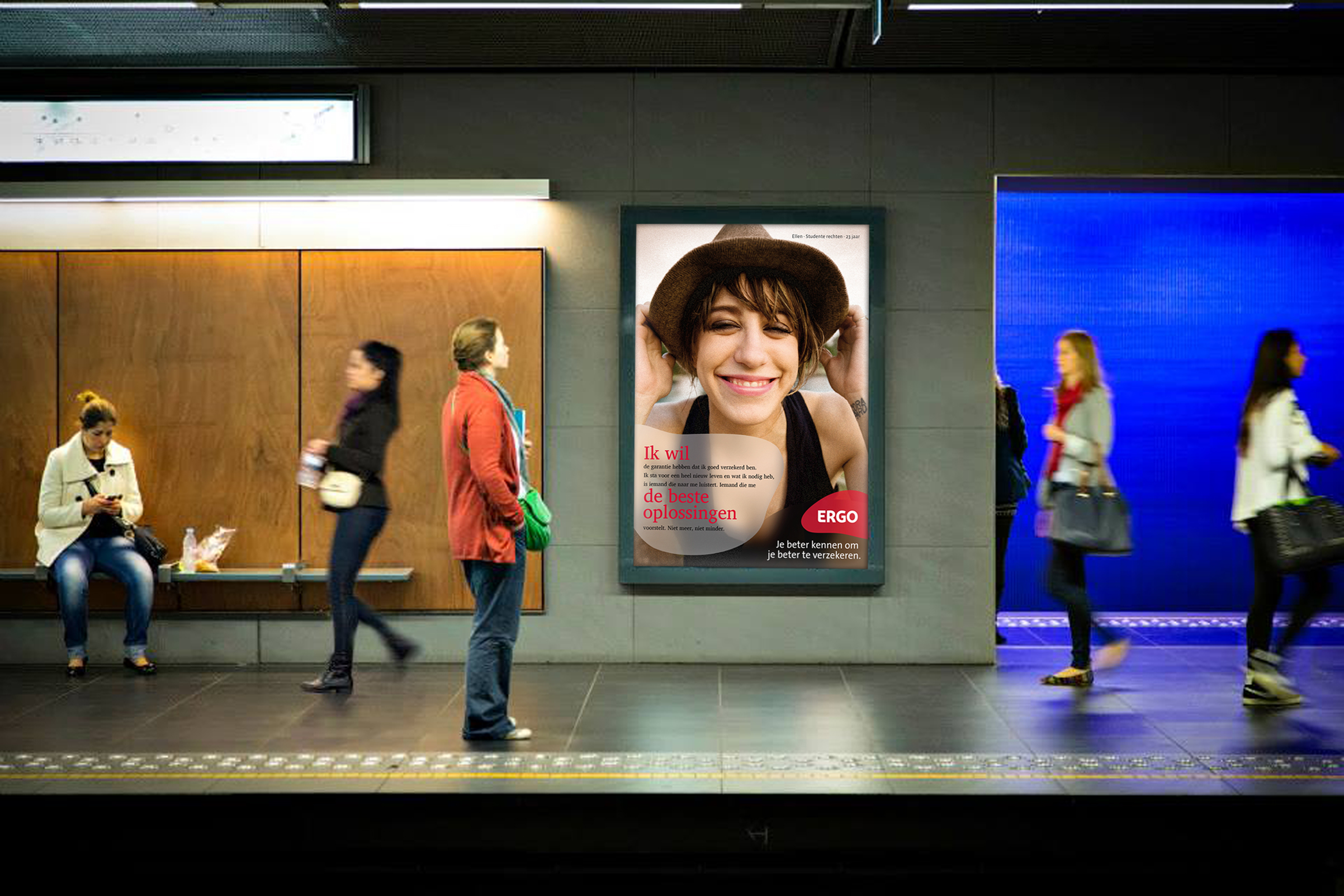 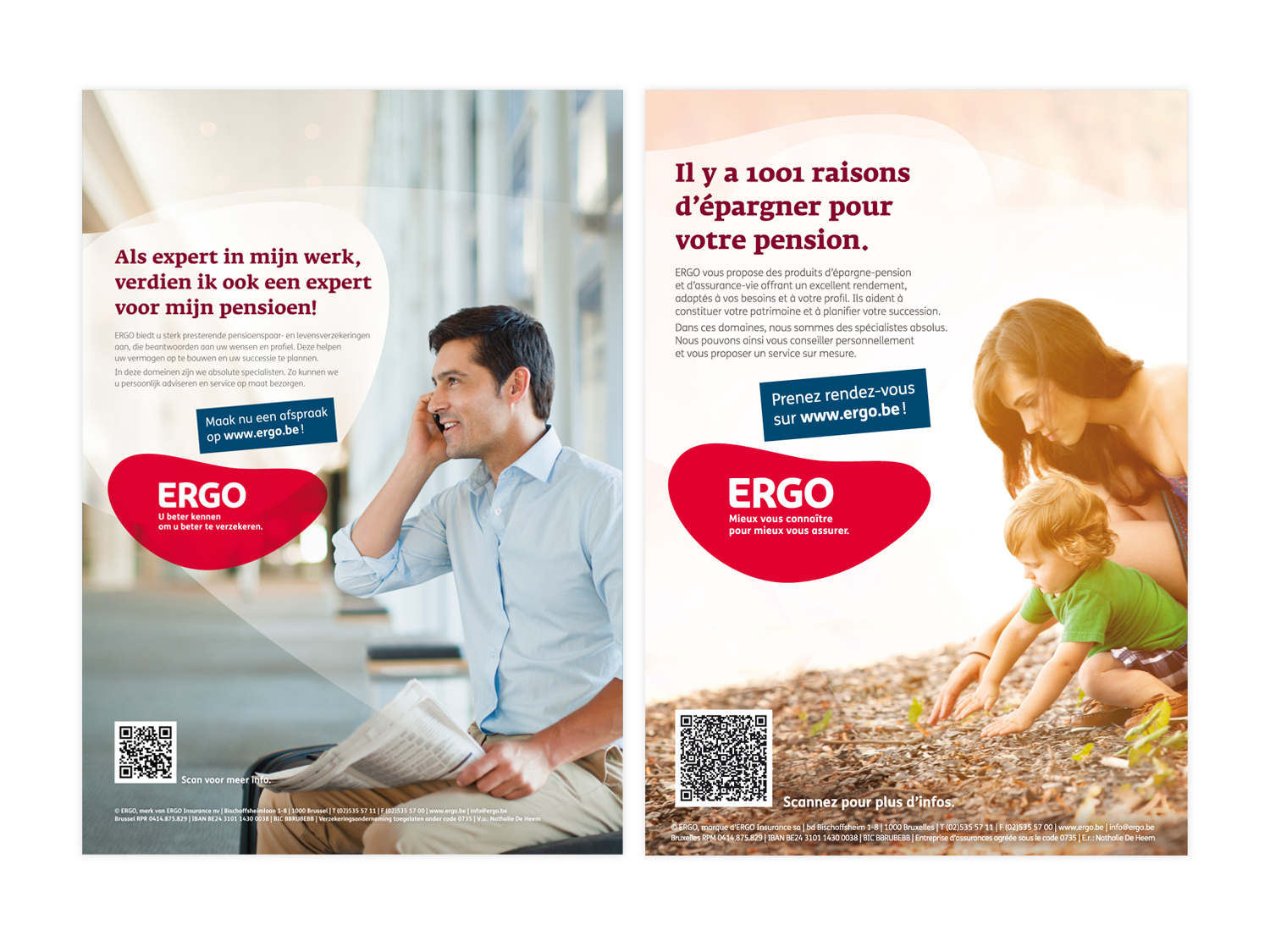 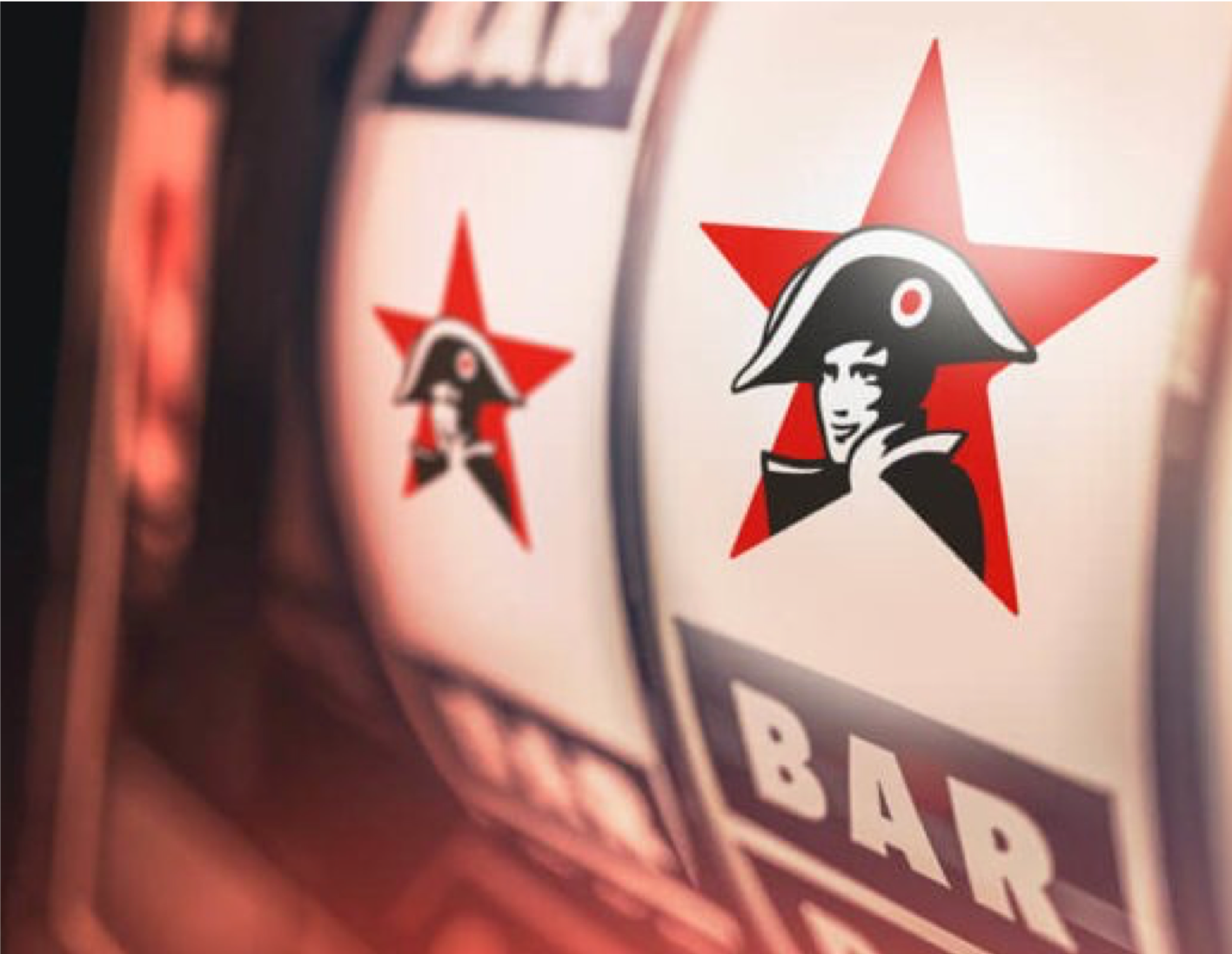 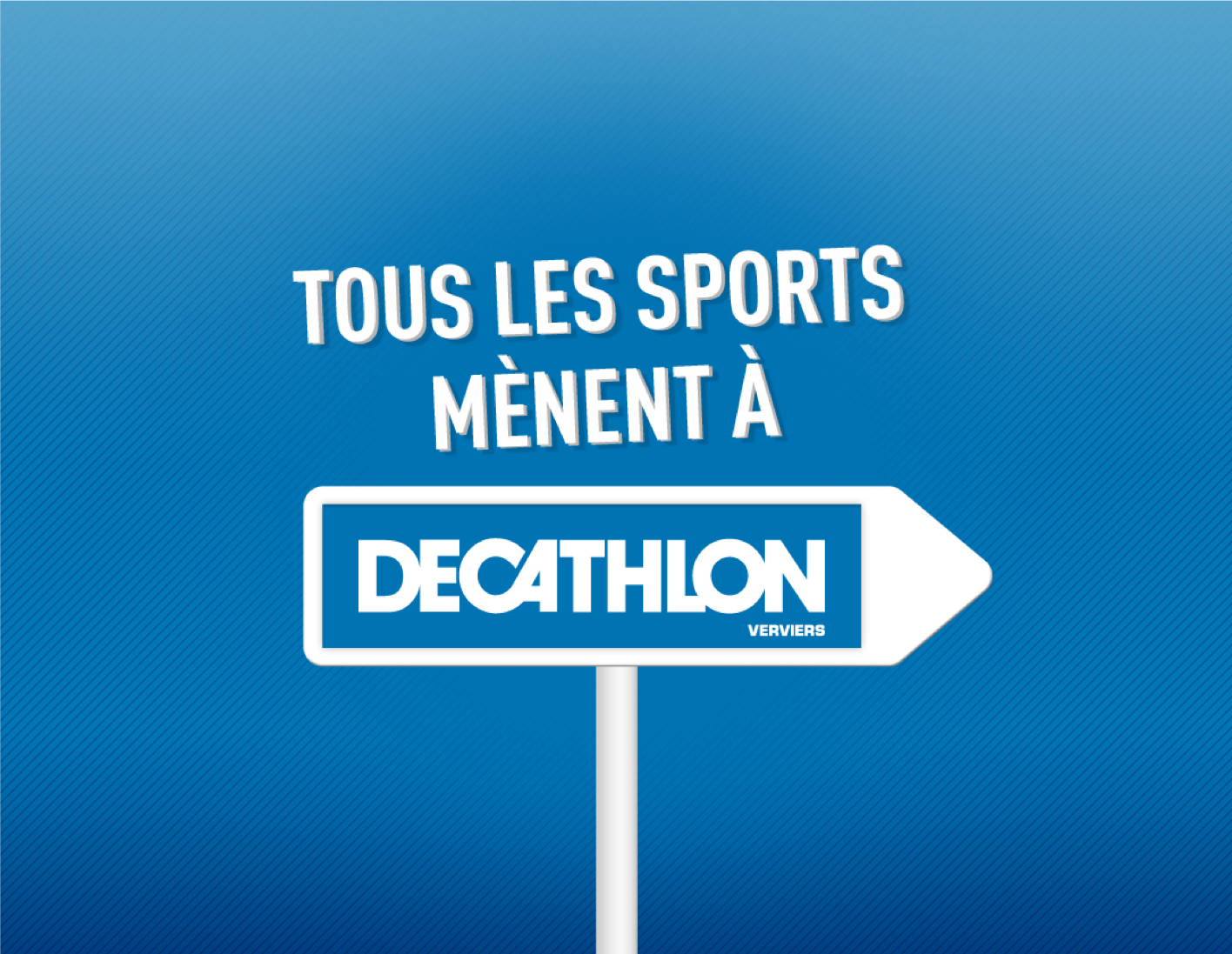 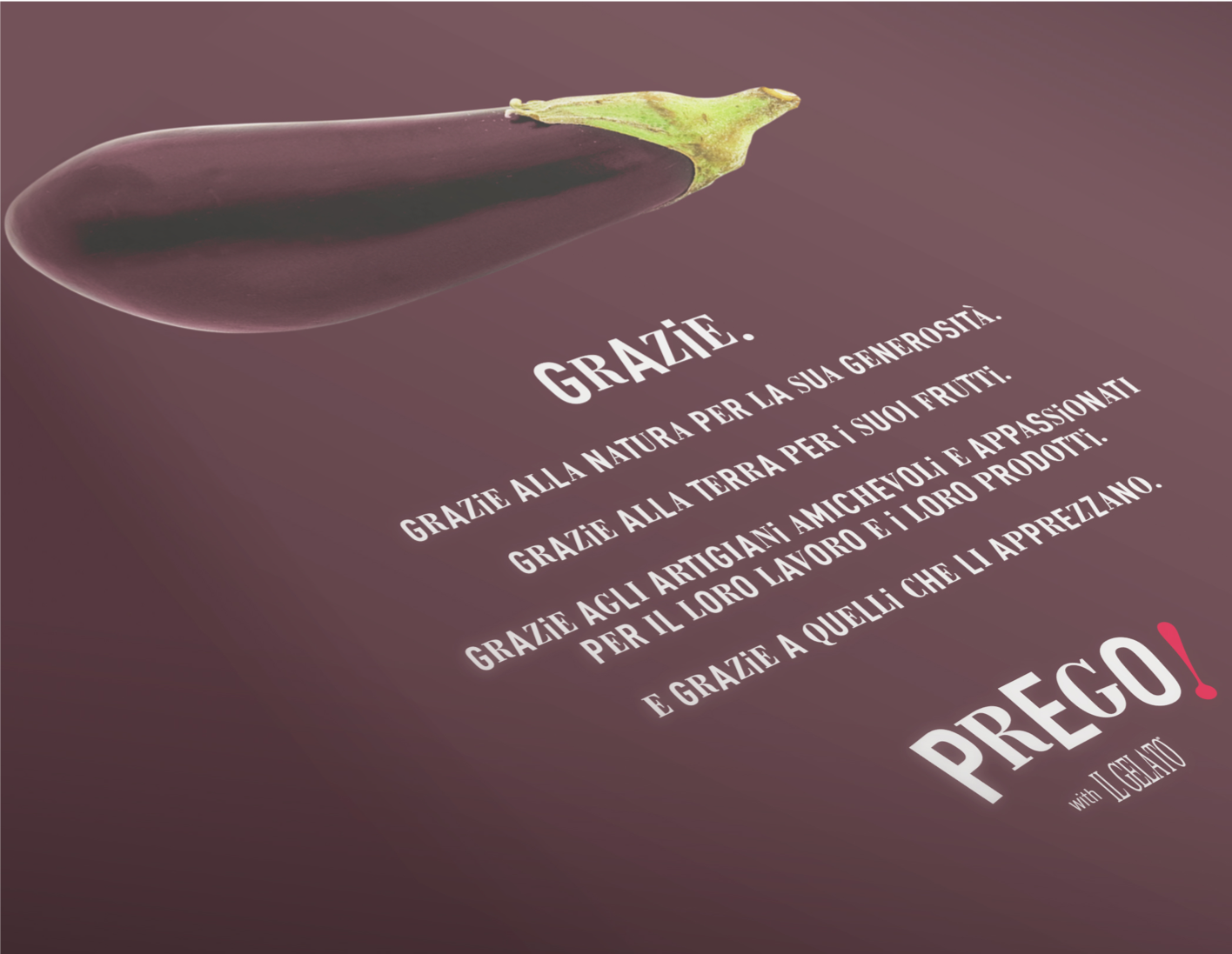